A Petition Against the New Credit Hour Surcharge Policy 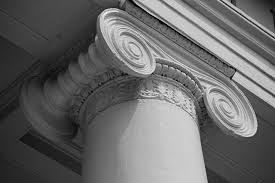 When events within the sphere of the College demand a response from those responsible, it is proper that such demands be represented with all possible respect and clarity. Therefore, let us make this clear: we demand that the Administration and Board of Trustees of Presbyterian College redact the recent policy on credit hour surcharges for the Spring semester of 2014 and future semesters on the terms that students and faculty will have a voice in this enormously pivotal policy decision. We hold, furthermore, that students have the right to influence their financial and academic futures and that the Administration , the faculty, and the student body exist in relation to each other for mutual happiness and goodwill. When such happiness and goodwill are disrupted by the actions of the one, it is the right and duty of the other to address such disruptions as they rise. Such is the present occasion, and to prove our discontent, it is appropriate that such grievances against the credit hour policy be listed with all clarity:

First, and most importantly, we resent the obvious lack of public forum and debate over an issue that has such apparent and far-reaching consequences for the College on every level: Administration, faculty, and student body. As has been stated, students and faculty deserve a chance for debate; they deserve a voice on issues that concern them.

Second, this policy is not unjust or bad only because it imposes a limiting threshold on high-achieving students, strangles students in certain majors (Music Education, Physics, Science Secondary Ed., etc.) and double majors (any combination), limits those who don’t have the funds to support their academic ambition, embitters future alumnae, devalues the cornerstones of curiosity and extracurricular interest that are an inherent part of liberal-arts learning, conforms to standards of academic prowess outside of Presbyterian College, or doesn’t conform to the highest standards of academic excellence and rigor, and, with rising tuition, offers less education for more tuition. These are certainly facts of this policy to seriously consider, but this policy is unjust because it is wrong on an ideological level. More to the point, this policy appears to limit the fundamental nature of learning in that it punishes those who seek rigor and challenge, especially outside of the limits of a single major, which, after all, is a cornerstone of the liberal-arts tradition.

Third, we resent the unethical manner—according to the precepts of Business Ethics and respect– in which this policy was initially presented, as well as the continuing lack of information about the policy’s consequences for the aforementioned parties or its initial creators and supporters. The initial message’s curt and unforgiving nature is immediately unsettling, as is the rather flippant use of the College slogan—in light of the contents of the email– at the end of the message. Furthermore, as we have learned in the recent capitulation to postpone this policy until next semester, the College is still personally committed to our success and has postponed the policy so that students may complete what they require for graduation. However, we fail to see how a single semester’s postponement truly addresses that problem, and why, if the policy may be postponed for a semester, it cannot be postponed indefinitely. Moreover, we are disturbed by the lack of effort to reveal those who initially introduced and conceptualized this new policy: such information would make it abundantly easier to begin a dialogue involving all concerned parties.

Fourth, this policy is not in keeping with the two most recent slogans of the College (‘Take it on’ and ‘Personally Committed to Your Success’), nor the motto of the College (Dum Vivimus Servimus). More to the point, this policy is a contradiction to the stated values of the College within these words: Service and Care for Others and in the case of the first, the Pursuit of Excellence. When any policy contrasts so sharply with the views and ideological cornerstones of the College, it is well worth careful consideration and, especially, public forum and debate with students, faculty, and Administration concerning the policy’s installment.

We, with utmost firmness and conviction, hold that this surcharge policy is unjust and contradicts the deepest values and beliefs of the College. We demand that the policy be redacted on the basis that students have not been given ample voice concerning this issue. We sign this petition below with the utmost respect for the Administration and Board of Trustees and hope that they, like us, will seriously consider the opportunities inherent in our education, our debt, and our futures.