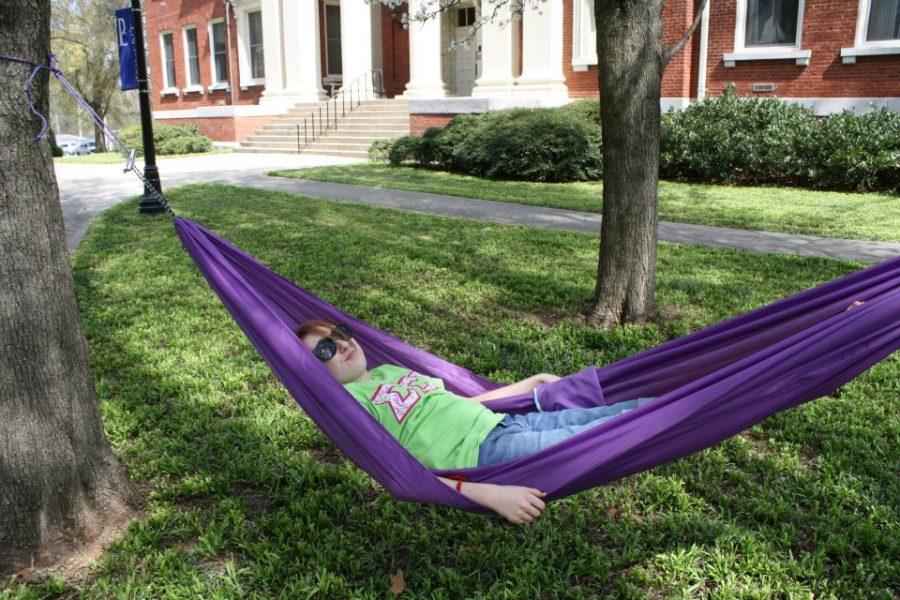 No matter what the groundhog says, spring is right around the corner. Spring always brings out the “hammockeers.” Blue hammocks, red hammocks, white hammocks, striped hammocks. Neville’s front lawn will be covered in hammocks!

Like everything else we have, hammocks originated from the Native Americans. The Spanish saw the use of hammocks and decided “Hey, that’s a great idea! Let’s take it!”

The hammock was originally made out of bark from the hammock tree. The hammock was used as a form of protection against harmful creatures on the ground. Hamaca was one of many names for the modern hammock. No one really knows what the original name was.

Years after the Spanish discovered natives using hammocks, Christopher Columbus was introduced to the hammock during his travels by a Haitian tribe. Seeing the potential of hammocks, he brought a variety of hammocks to Europe where they gained appeal.

Today hammocks are used for relaxation.  You can tie them to trees, columns, and balconies, whatever you choose. It has become PC’s pastime activity.  It requires skill to set up a hammock and getting inside one may be difficult.

Dr. Lilly has even stated, “I love walking out the President’s house and seeing PC students on Neville’s front lawn relaxing.”

You can study, read, listen to music or just take a nap. You can even bunk hammocks. I know, it sounds weird, but it has been done.

PC is most beautiful during spring. The trees have bloomed, the grass is green, and students are hammocking. So, get ready to go outside, relax, and show those prospective students how it’s done. Stop. Hammock time.