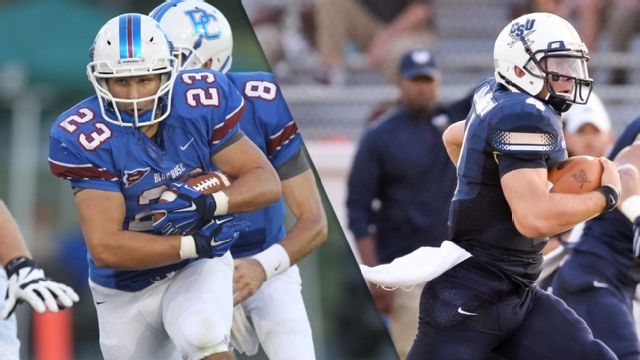 This past weekend Presbyterian College opened its doors to alumni for homecoming. Homecoming weekend was full of activities like a night of food trucks and a faculty tailgate, but most importantly, Blue Hose football. The Blue Hose welcomed in Charleston Southern for a grueling Big South contest. Ultimately the Hose fell short to CSU 10-7 in a defensive battle.

Sometimes in the first quarter, teams just try to feel each other out, which is why not many points are put up. This was not the case in this game. PC’s and CSU’s defensives were simply shutting each other’s offensives out. Late in the quarter CSU was able to take the lead off of a Tyler Tekac field goal, and at the end of the first quarter the game stood 3-0 in favor of CSU.

The second quarter was very much like the first, it was a defensive battle. A battle that the Blue Hose ultimately won (or at least they did for the quarter) as they shut CSU out. Late in the quarter the Blue Hose gained momentum and drove down the field, a drive that ultimately resulted in a 5 yard touchdown run by Darrell Bridges. His seventh of the year! After the touchdown run and the Brett Norton PAT the Hose held a 7-3 lead. This score would remain going into halftime.

If you are a fan of offensive play, then you hated the third quarter. But if you prefer a defensive battle like I do, then you loved it. Both the PC and CSU defensives played incredible in the third quarter. Due to the high level of play from the defensives neither offensive were able to gain any momentum. Each team was shut out and going into the fourth and final quarter the score remained 7-3.

The fourth quarter was sure to be a nail biter as neither team was ever fully able to secure any momentum. Again we saw a quarter that consisted of strong defensive play. Unfortunately for the Hose and the fans visiting for homecoming, midway through the quarter the momentum began to swing in favor of CSU. With about 8 minutes remaining CSU was able to take the lead off of a Darius Hammond touchdown run. Following the made extra point, CSU led 10-7. The Hose were not able to take the momentum back and put up any points to regain the lead. Ultimately, the Hose lost 10-7.

Next week the Hose have a bye. They will return on Halloween to take on the Gardner Webb Bulldogs.