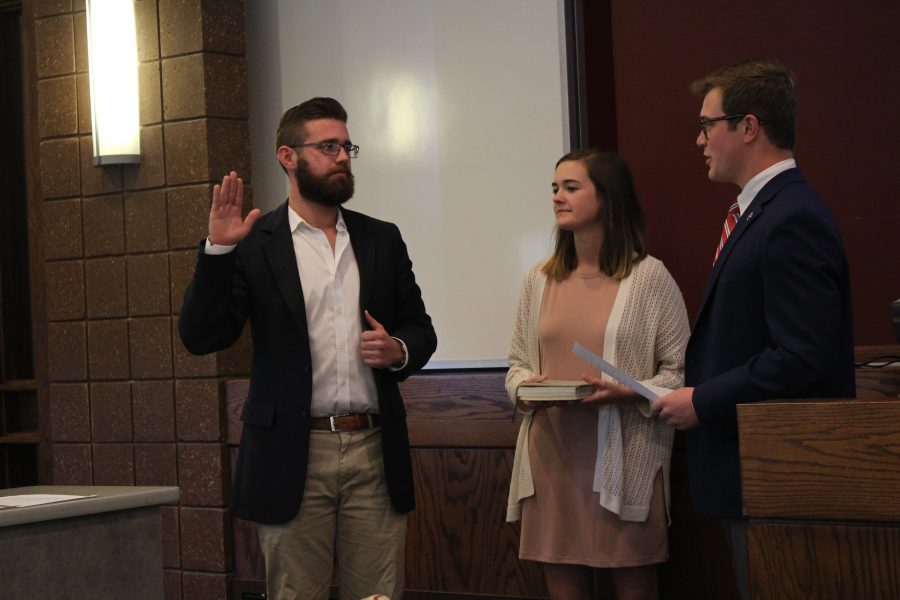 Senator Hunter Popkin swearing in for the Fall 2018 session.

As the new semester begins and students start getting readjusted to campus, it seems that many are unaware of the recent revisions to the SGA Constitution and Bylaws that were introduced this school year. Ratified and implemented during the fall semester, the new documents have made significant changes to the student government system here at PC.

This new system employs a senate-style legislature as opposed to the previous system of class officers acting as the Legislature. With the new constitution, all legislative powers have been granted to the Student Senate which consists of 32 voting senators; these senators are divided into the following categories: two for each of the four classes, eight selected by the student body as a whole, and four elected class officers from each class. The SGA Vice President in the Executive branch serves as the President of the Senate, and he or she only votes when there is a tied vote among the senators on a given issue.

Although the implementation of the Student Senate is the central major change, the SGA has revised the Executive Branch as well. The office of Secretary in the old system is now somewhat divided into two separate offices, the Secretary of Operations and the Secretary of Student Life. The office of Parliamentarian has shifted to the Clerk, who still assists governmental understanding of Robert’s Rules of Order and makes sure student government meetings are ran effectively while keeping and posting minutes of all these meetings. Also, the class officers that used to belong to the Student Legislature are now part of the Executive branch and consist of, for each class, Class President, Class Vice-President, Operations Officer and Student Life Officer. 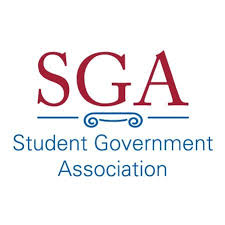 “I think that for the most part it makes the student government more efficient,” said Student Body President Emily Green. “I think it forces the students in there to step up and take on bigger roles. Previously there wasn’t much of an avenue for RSOs and representatives to make anything valuable to take to the administration and say, ‘this is what we want.’”

Since decision making and legislative voting is now in the hands of the senate, SGA senators have a lot of influence in the association. “It’s kind of up to the senators now to lead the SGA and see where it is going,” added Green.

The new system of a senate offers more opportunity for students to voice their concerns and gives them an easier way of being heard. Former Vice-President Avery Conrad agrees with this notion.

“I think the students will see their decisions taken more seriously by the administrators. Ideally, the idea of the senate will be that everyone on campus will have someone they can go to to express their ideas or concerns,” he said.

With a more representative voting process, the SGA is trying to reach out to every student on campus, regardless of their background. It reportedly sees the senate, with its many voters, as a more effective way of collaborating with the student body and ensuring that everyone has a fair and easy way of communicating with their representatives and making themselves heard.

“The school as a whole is taking more positive strides to a more diverse campus. Hopefully, the student government will be able to reflect this diversity and help the school make the necessary changes to meet the needs of different types of students. The new system has definitely broadened the scope of our student government,” said Conrad.

All students are allowed at Senate meetings, and with permission of the presiding chair of the meeting, they may suggest new ideas, changes, or other concerns to the Senate.

“Student government will only be as valuable as the people in it. I encourage everybody to run and to get excited for the opportunities it provides,” said Conrad.

Senate members for 2019 were sworn in on Monday, January 24. The Constitution and Bylaws are provided on PC’s website. If you have any further questions, contact any of your representatives (listed below).