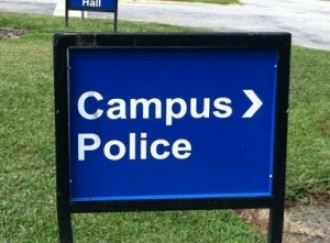 How safe is our campus? Safety is a top concern for prospective students when looking at college campuses and universities. According to Campus Explorer, a website that aids in looking for schools, safety is a top factor for students when considering the school they will attend.

So just how safe is Presbyterian College Campus? According to Niche, Presbyterian ranked in the top 20 safest college campuses in the state of South Carolina. This ranking came with a B- rating for the campus. Some of the considerations given to this rating were campus and local crime rates, reports of violence on campus and drug and alcohol reported events.

When interviewing the Presbyterian College Campus Police, they were quick to highlight some of the safety features that are available here on campus. The key card entry system on most of the campus buildings is one measure that is important to safety. A more recent update to the key card system includes adding this restricted entry to most of the academic buildings as well. Other important measures include additional outdoor lighting near many of the buildings and cameras placed on the outside of the buildings.

The Campus police also recommend that students and families of students reference this website to keep up to date on many of the safety issues on campus: https://www.presby.edu/campus-life/campus-police/

Some of the main safety concerns highlighted by the Campus Police include not only the safety of the students on and around the campus but the choices the students make while on campus as well.  The police have been trained on how to use the life-saving, drug overdose reversal drug, Narcan. They believe in continuing education programs for the students here on campus regarding drug and alcohol usage as well. When asked about specific policies in place for drug and alcohol policies, the Campus Police Director responded, “Yes policies are in place; they must be reinforced, and education of new students about the dangers involved with the use of alcohol and drugs must be ongoing.”

In speaking with some of the students here on campus about safety, many communicated that well-lit, constructed pathways would be a great update for the students walking through parts of the campus at night.  When asked to rank the safety of the campus from 1 to 10 with 10 being very safe, one female student ranked PC at 7.5. She stated that the school provides the minimal amounts of security necessary to keep students safe and that more could be done. “There are a lot of potential unpredictable situations due to poor lighting. Also, with the campus being located in a small town [that is very] open [publicly], a stranger could invade the campus.” Her thoughts have brought to light some students’ discomfort with the lack of more well-lit pathways and the open feel.

We also took the opportunity to interview Daniel M. Adams, Director of Student Involvement here at Presbyterian College. He reiterated that safety improvements have been made over the last several years and that there will be ongoing projects in the future as well. “I believe a strong partnership between Campus Life and Student Government can be an effective way to continue to identify opportunities for potential improvements to safety here on the PC campus.”