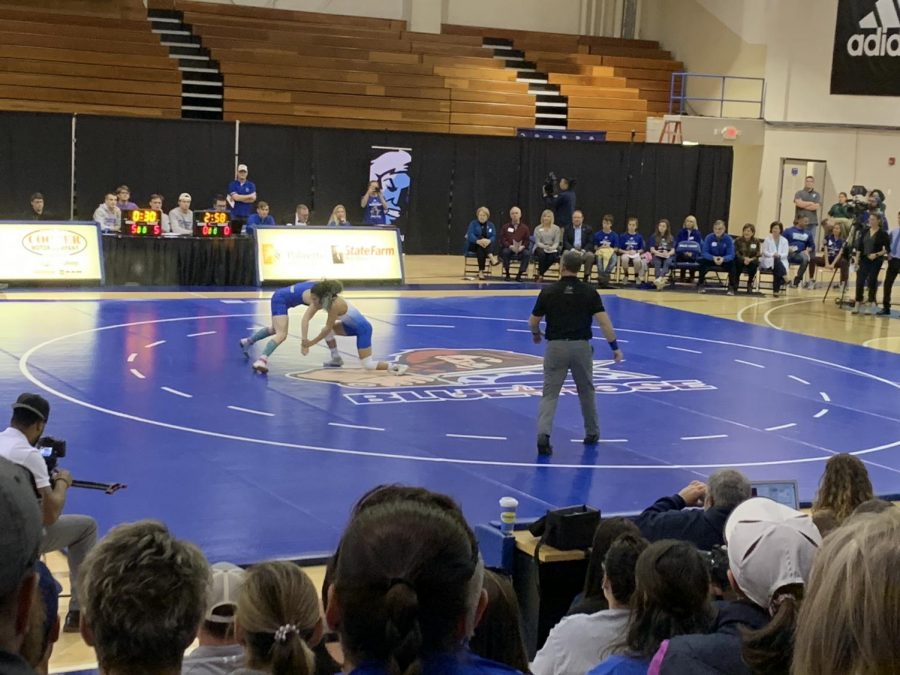 If anyone knows how college programs work, winning, especially a national championship, can be extremely difficult. From recruiting the right players, finding the right coaches to lead the program, having the proper facilities and much more are necessary to have in order for the program to get to that particular level. Especially for a newly created sports program, the only way to go to the US Olympic Team Trials is to build up and set the foundation.

Freshmen Morgan Norris and Jaslynn Gallegos both won national championships at the WCWA Nationals in Marietta, Georgia, and because of this, are now advancing to the United States Olympic Team Trials in April with the possibility of competing in the 2020 Summer Olympic Games and representing the United States. Gallegos earned a 10-0 technical fall to secure the championship while Norris earned a 2-1 victory to join her.

When asked about winning a national championship, Norris felt she accomplished the goal she has always dreamed of when she started wrestling.

“Winning the WCWA national championship has been a big goal of mine, and being able to accomplish this goal allows me to acknowledge and accept the process it takes to get to the next level,” she states. “It also allows me to place even more trust in my coaches, teammates and myself.”

Mark Cody, the director of wrestling here at PC, knows that having two national championship wrestlers is pretty special.

“Having two national champions is a special accomplishment for any program, let alone one that is just getting started. We are trying to build this program from the ground up and are in the middle of a major fund-raising campaign to try to build a facility. At this point, we don’t have a wrestling room, which can be a challenge in recruiting,” he says.

Cody knows that the future of the women’s wrestling program is very bright based on all of the work that his program has done.

“With hard work and the support of an outstanding administration, we will get it done. The fact that in the first year we placed 4 in the country and have 5 All-Americans and 2 National Champions will definitely help build a strong foundation for our program and will increase our visibility on the national level.”