A Growing Problem on PC’s Campus 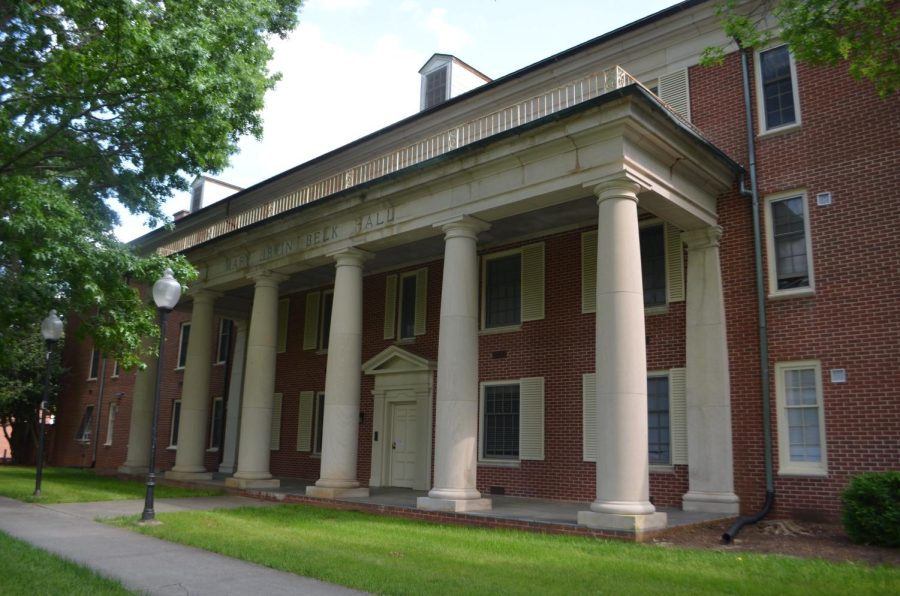 Presbyterian College students are currently experiencing problems with mold in dorm rooms. The administration has implemented changes and offers additional suggestions to alleviate these issues.

Julia Ringley and Sofi Carles, both freshmen at PC, have noticed mold in their air vents. For Ringley, who has pre-existing health issues, the mold problem was most severe when she lived in Belk Hall.

“I had mold all around [and inside of] my air vent. It was also in other places of the room, but the biggest issue was that it was in the air vent and making the air in my room stuffy and humid,” Ringley said.

The problem became so bad that Ringley asked the administration to move her to a different dorm building, Georgia Hall. Since moving, Ringley has not had a problem with mold.

Carles is also concerned about her health.

“Ever since getting to school, I have had coughs and colds more often than I ever have before. I also tested the air with a mold detector that tests the air quality of the room it is in, and the results of the test were that our air quality was extremely poor,” Carles said.

Drew Peterson, Dean of Students at PC, stated that Campus Services has added dehumidification units to the residence halls over the past several years and has seen considerable improvement, especially in Georgia Hall. Georgia Hall was the first dorm building to receive one of these units as part of its renovation in 2014.

Most of the problems students are facing are unique, isolated incidents rather than a general, campus-wide situation. Peterson suggests several tips for students to improve their mold problems. It is important to keep windows and air vents unblocked, as ventilation and sunlight can greatly decrease mold.

Several seemingly minor actions that will decrease mold include cleaning bathrooms regularly and keeping moderate temperatures, as extreme temperatures can cause problems.

“Students should leave bathroom doors open after showering to allow moisture to escape,” Peterson said. This is especially relevant for suitemates with private bathrooms and suite-style bathrooms.

However, not everyone is experiencing a problem with mold. Hayley Steves, a junior at PC, lives in Smyth Hall and has not experienced any problems throughout her time at PC.

“I’ve never had a problem with mold,” Steves said.

Steves has a few thoughts on why her dorm room does not have mold; she has a corner room on the ground floor with a window air-conditioning unit that provides good ventilation. Additionally, her bathroom is not connected to her room.

Peterson suggests that if students are experiencing a problem with mold or have noticed any water leaks or other problems, such as dripping faucets, students should submit a maintenance request to Campus Services.